Cheryl Sawyer welcomes readers to her historical novels, blogs about discoveries in writing and research, and shares her experiences in the world of creative fiction. Cheryl has had a long career in book publishing, which she left in 2014, to write full-time. Her first historical novel was published by Random House in 1998 and her American debut in 2005 was acclaimed by Booklist as 'a grand and glorious delight'. More novels have been released in several languages by Penguin US, Bertelsmann, Mir Knigi, Via Magna, Domino, Reader's Digest and Endeavour Press UK. Cheryl Sawyer's work has been longlisted for awards by the Historical Novel Society and the American Library in Paris. She has recently completed an English Civil War trilogy with The Winter Prince, Farewell, Cavaliers and The King's Shadow. Peter James calls her work ‘historical fiction writing at its very best’. 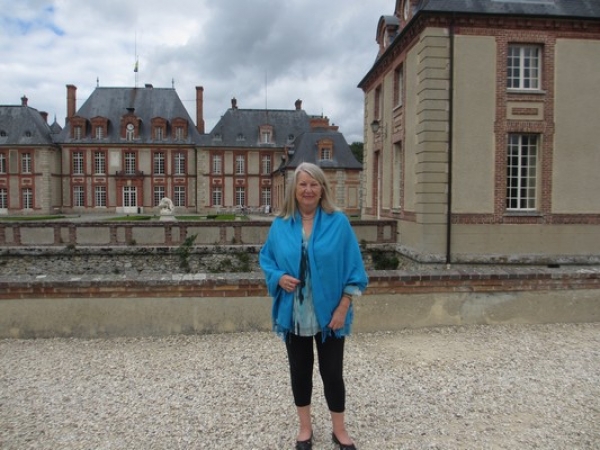 What a pleasure it was the other day to revisit the Château de Breteuil and spend some time with a member of the family whom I used to look after when she was a little girl. Our moments at Breteuil have always been both warm and fascinating. Madame du Châtelet, whom I have researched in depth for my work, was born into this brilliant and famous lineage. 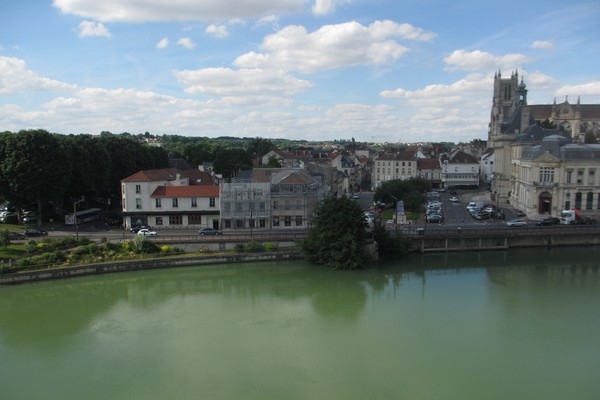 On our way to the Champagne country to research the second novel after Murder at Cirey. Meaux with its magnificent cathedral and art gallery is on the banks of the Marne River, seen here from our hotel window. A police car with klaxon screeching just went by under the window. I'm reminded of Eric Morecambe (of Morecambe and Wise) who remarked in the same situation, 'He won't sell any ice cream at that speed!'

Speeding back through the centuries 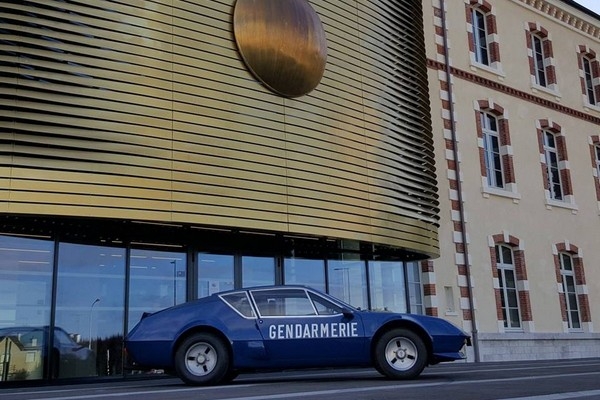 The Musée de la Gendarmerie Nationale in Melun, France, opened its doors in October last year, with spectacular displays of the history of the military police force from 900 AD to the present day. Who knew that French gendarmes were once equipped with sporty cars that could accelerate from 0 to 100km in six seconds?

I was there yesterday to see their exhibits on the Maréchaussée in France, the precursors of the Gendarmerie. Murder at Cirey features a cavalier in the 18th-century Maréchaussée, who solves a difficult case of conspiracy and murder in the Champagne region. Museum staff were super helpful and I could have spent twice the time amongst their superbly organised displays. Definitely worth another exciting visit back in time.

Bookshops on the Bords de Seine 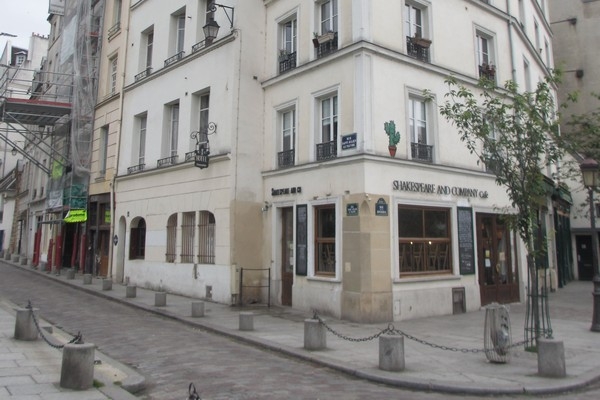 Staying in the Latin Quarter for a while is heavenly, despite grey weather. Among the eternal attractions are the bookstores, totally dedicated to the physical book as an ever-open door to the life of the mind and the sensibilities. Lodged in a back street, a boulevard or, like Shakespeare & Company, gazing tranquilly across at Notre-Dame, they beckon readers to the riverside. 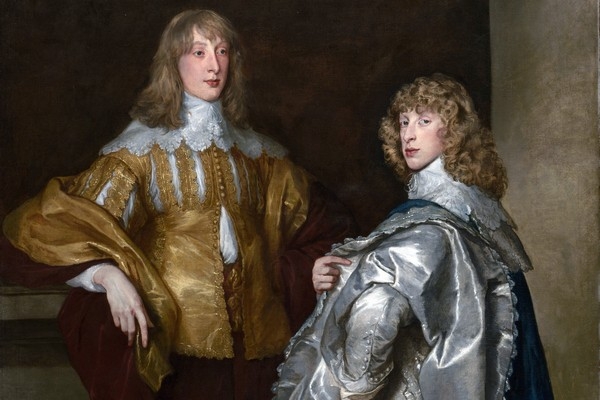 John and Bernard Stuart were brothers of James Stuart, Duke of Richmond and Lennox, who is one of the main characters in my novel The Winter Prince, set during England's tragic civil wars. Both these gentlemen lost their lives fighting for Charles I, as did their older brother George. I was familiar with this magnificent double portrait by Van Dyck but had never seen it--until I viewed works from Van Dyck's personal collection, currently exhibited as part of Painters' Paintings, a brilliant show at the National Gallery in London. It was touching to see it, as I could not help becoming fond of James Stuart when writing The Winter Prince. 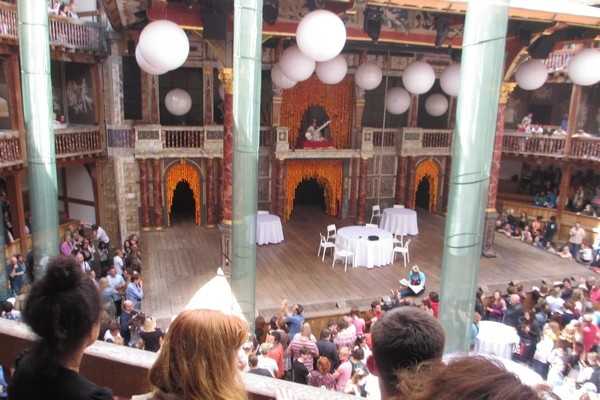 Celebrated midsummer by going to the Globe Theatre for A Midsummer Night's Dream. One of the visual themes was that of a Hindu wedding. Best described as an eclectic romp, this performance struck a chord with the audience--it was the first weekend of the Brexit debacle, and Londoners seemed desperate for Shakespeare to make them laugh and forget their woes for an hour or so: job done. On the road I've been reading James Shapiro's The Year of Lear: Shakespeare in 1606--fascinating on London in a time of crisis.

Took a stroll down Horseferry Road in Westminster today, then walked across Lambeth Bridge to visit a friend south of the river. In 1660 Mark Denton in my novel The King's Shadow makes the crossing in reverse, by ferry from Lambeth Palace, the former archbishops' residence and park, then in the hands of Parliament. In a tavern called The Drunken Pony, he pauses to take stock of the momentous election to replace the Rump Parliament. I didn't find any drunken ponies today in Horseferry Road but I did come across The White Horse and Bower, where people were reeling from the Brexit referendum. 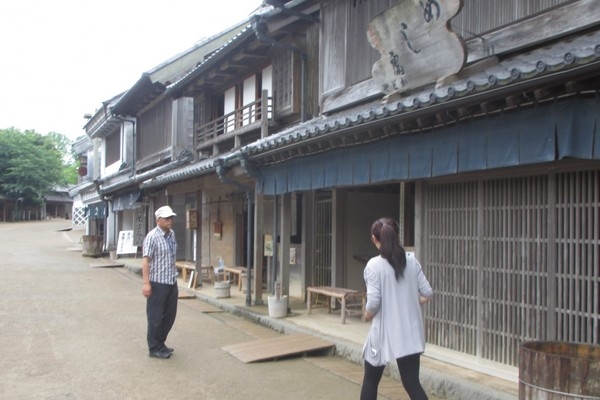 On stopover in Japan, I wandered through a replica village of old Edo, with dwellings, stores and workshops--some of them in lively action today. Boso-no-mura (in Narita) provides an authentic setting for many samurai films and TV series. For me it recalls the Sano Ichiro novels by the gifted Laura Joh Rowland, who writes detective novels set in Edo in the early 16th century. The first novel is Shinju. Today I was able to imagine this street thronged with Rowland's characters.

A Palace in the Air 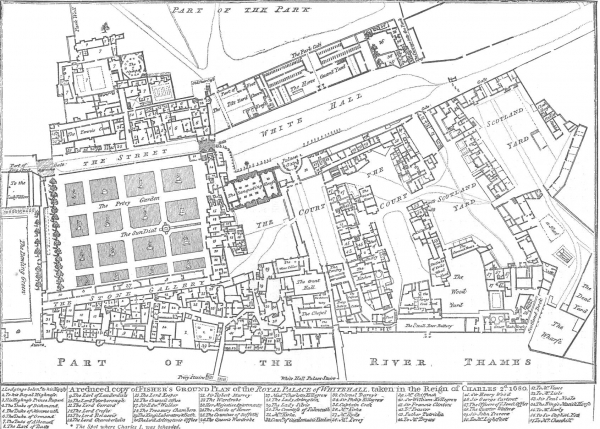 Setting off on a trip that's part research, part musical and a large part, dare I say it, pleasure. First stop London and I'm reflecting that there are famous places that you can really only visit in the imagination, such as the Palace of Whitehall. Sure you can see the Banqueting House but so much of the rest is gone. That's why I love poring over old plans, which I had to do in order to send my heroine up the royals' Privy Stairs to the Prince's Lodgings in The King's Shadow. 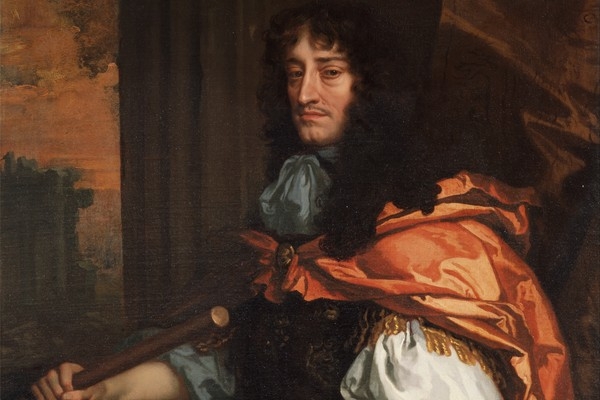 Maureen Mulvihill, Princeton scholar, who is an expert on Mary Villiers, Duchess of Richmond and Lennox here, has just drawn my attention to this Restoration portrait by Peter Lely of Prince Rupert, nephew of Charles I and one of his finest commanders. Rupert and Mary are the protagonists of The Winter Prince, the first novel in my Civil War trilogy, Terror & Awe: England’s Revolution, the third of which, The King’s Shadow, is planned by Endeavour Press for August. Next week in London I meet the publishers for the first time.

General George Monck on the march 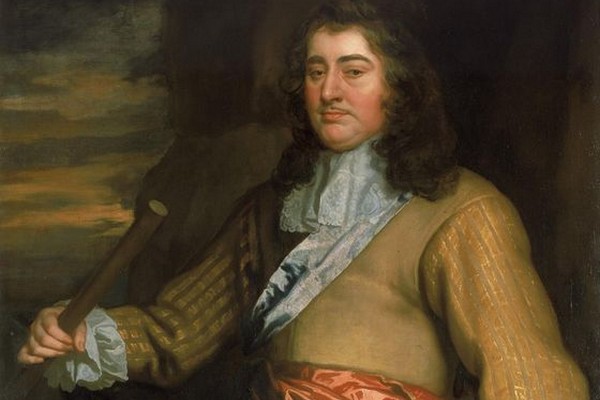 While writing The King’s Shadow (to be published soon by Endeavour Press) I contemplated using poems as epigraphs to my chapters—but the copious verse written in 1660, for or against General George Monck and his army as they marched to London, was so lamentable that I gave up the idea. Lamentable and occasionally scurrilous: one versifier put John Lambert’s wife in bed with Monck, seducing him into republicanism! Historians disagree about Monck’s true intentions but the author of the pamphlet below was clearly convinced that the people would be on Monck’s side if he could persuade parliament to bring back Charles II. Read The King’s Shadow to find out if they were!

Now George for England, that brave Warrior bold,
That would not be by Lambert's force controul'd;
But did endeavour for the good o'th'Nation,
We hope to work a blessed Reformation,
And settle Kingly Power in this Dominion,
And then thou shalt be great in the Opinion
Of all good people that do fear the Lord,
And then no doubt they will with thee accord,
And say, Long live brave George in Wealth and Peace,
Bless thee with Honors, Plenty and Increase.

Advance review of The King's Shadow 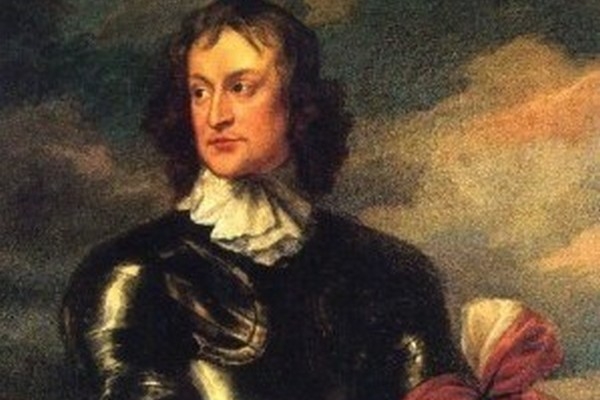 The fanatical republican, Major-General John Lambert (above), fiercely opposed the restoration of Charles II in 1660. No one wanted to fight him, not even the powerful General Monck—but the King’s Shadow took him on!

Many thanks to the reviewers who are reading advance copies of The King’s Shadow. If other readers would like a free pdf to review, contact me here. The first advance review is in from Mandy, who says in part: ‘The King’s Shadow is the perfect ending to the trilogy … It is another excellent portrayal of 17th-century life, and the uncertainty of General Monck's intentions on his march to London is vividly portrayed.’

Check out Mandy’s full review when The King’s Shadow appears on Amazon. I’ll give you the date as soon as I know it. I should make it clear that I don't know Mandy and I don't even know what country she lives in. She is one of those amazing people who reads advance copies of novels and comments frankly and dispassionately on sites like Goodreads and Amazon. If you're one of them, feel free to message me from my contact page. 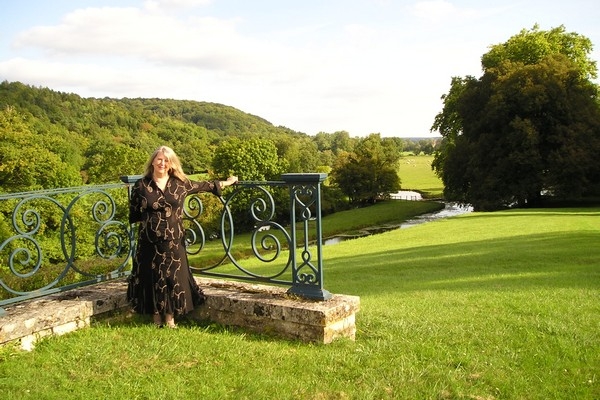 In 2007 I stood at the top of the slope down which Voltaire reluctantly led military policeman Victor Constant in 1735. They were on horseback, riding along the little river Blaise to view the body of a murder victim, in Victor’s very first investigation in the Champagne region.

My historical crime novel, Murder at Cirey, was the result of my research that year at Cirey, the château in which Madame du Châtelet sheltered the notorious free-thinker Voltaire. This year I’m returning to her countryside to gather inspiration for the next Victor Constant investigation, Death in Champagne. Watch this space for further pictorial evidence! 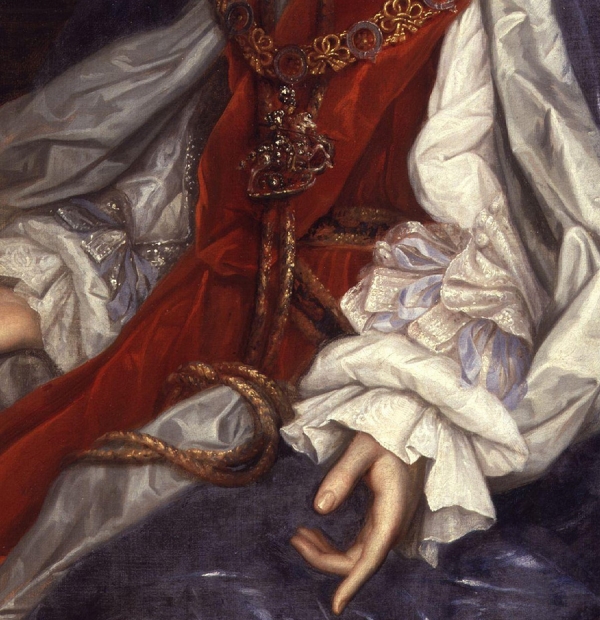 This gentleman is the enigmatic hero of my latest novel, to be published by Endeavour Press later this year. Want to give it a frank review? Email me today for a free pdf copy here.

Charles. The name of a king not yet on the throne. Until New Year’s Day 1660, few believe he ever will be. But on this icy morning, an army sets out from Coldstream to march on London. Is it marching to bring back the king?

Mark Denton, colonel of cavalry in that army, is the most rigorous parliamentarian in York, the scourge of royalist conspirators across the North. He must find out what his commander, General George Monck, intends to achieve in London.