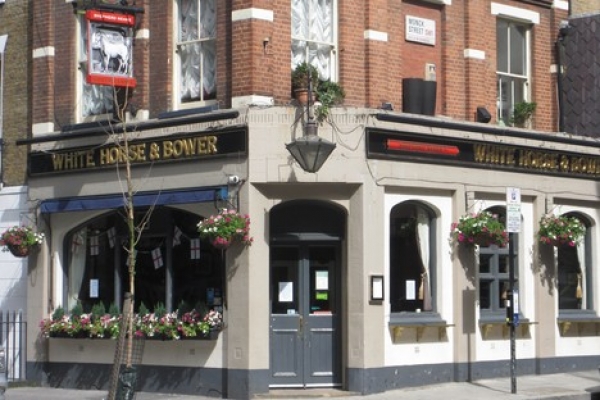 Took a stroll down Horseferry Road in Westminster today, then walked across Lambeth Bridge to visit a friend south of the river. In 1660 Mark Denton in my novel The King's Shadow makes the crossing in reverse, by ferry from Lambeth Palace, the former archbishops' residence and park, then in the hands of Parliament. In a tavern called The Drunken Pony, he pauses to take stock of the momentous election to replace the Rump Parliament. I didn't find any drunken ponies today in Horseferry Road but I did come across The White Horse and Bower, where people were reeling from the Brexit referendum.