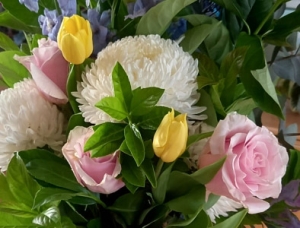 In my extracts from the letters of Voltaire and Madame du Châtelet, I've now brought these two amazing people to 1738, when they are living together at Cirey, Émilie's country mansion in the Champagne. They are writing separate works of their own, but collaborating now and then in scientific experiments that Voltaire carries out under less stringent conditions than Émilie would like.

In fact this situation led to Émilie's first attempt to be published as a physicist: when Voltaire based an essay on Fire partly on their experiments, she found her ideas outstripping his and decided to enter the French Academy of Sciences competition with an essay of her own. But she did not share this secret with her lover for many months. What happened when the results of the competition came in? The opera I've written with composer Nicholas Gentile explores this very event, which occurs on a single climactic day in 1738.

The blog is now up to date with the opera and I must think about what I'll pursue on these pages in 2022. I would like next year to see completion of the music and preparation for the film of Émilie & Voltaire, and I will keep you tuned into our progress on this page. Best of all, 2022 bids fair to be the year in which we find the co-producers for the film. To our knowledge, Émilie & Voltaire is the first opera ever written specifically for the screen. Of course we are not forgetting that it's also beautifully suited to the stage, so watch this space for notice of concerts and performances.

So here is Voltaire's last letter for 2021. He charmingly couples thinkers of the past with those of his own day as he writes to one of the priests who taught him at college in his teens.

Despite my dealings with Newton-Maupertuis and Descartes-Mairan, my heart has not ceased to cherish Quintilian-d’Olivet or regard him as forever my teacher and friend … I spend my days, dear Abbé, with a lady who manages three hundred workers, who understands Newton, Virgil and Tasso, and who thinks nothing of playing cards as well. There is the example I aim to follow, though I’m far behind her. I tell you, my dear master, that I see no reason why the study of physics should crush the flowers of poetry. Is Truth so dire that it deserves no ornament? The art of thinking and speaking eloquently, of feeling keenly and expressing oneself in a like manner—can this be inimical to philosophy? No, because without it we’d be thinking like barbarians …

I know there are people who are astonished, and who even do me the honour of hating me, because having begun with poetry I then moved on to history and ended up with philosophy [including the sciences]. But, I ask you, what was I doing at college when you had the goodness to form my mind? Whom did you get me and my schoolmates to learn by heart? Poets, historians and philosophers. How ridiculous if the world is afraid to demand of us just what was demanded of us at college, or to expect the same things of our intellect as we practised in our youth.

I know only too well—and of late I feel this even more—that man’s mind is very hidebound; but that’s all the more reason to try to extend the frontiers of its little realm, and fight against the natural laziness and ignorance we were born with. It’s impossible for me to conceive the plot of a tragedy or carry out physics experiments in a single day, sed omnia tempus habent [but all things have their time]. Thus, when I’ve spent three months amongst the thorns of mathematics, I’m happy to be back amongst the flowers.