The unseen demands of playing Voltaire 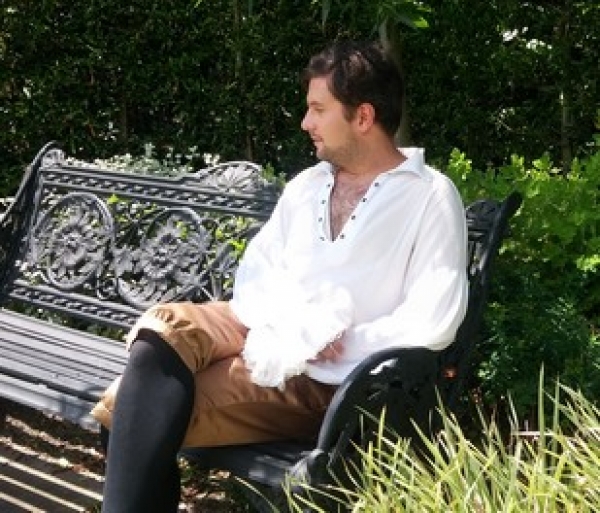 Robert McDougall as Voltaire, waiting to be ‘alone’ in the garden with Émilie—but in reality he’ll be surrounded by at least five of the film crew! How do actors do it?

From my filming diary: ‘The idea of these shots is to get Rob & Julie in happy, busy moments together. A lot of the smoothness of filming is to do with the talk in between takes. For the actors to be happy they also need to be interested and able to laugh. And they seem to like to listen, too, rather than engaging themselves. Nick is good in these situations because when he chats to them he’s not giving direction at all—that’s Beth’s job. He keeps it light and good-humoured.'

Later, in the library: ‘Rob spends a lot of time sitting on the corner of the desk. He seems to like it there :). Probably helps in giving a natural look … Rob and Julie, now left alone, are discussing the coming exchange together.’