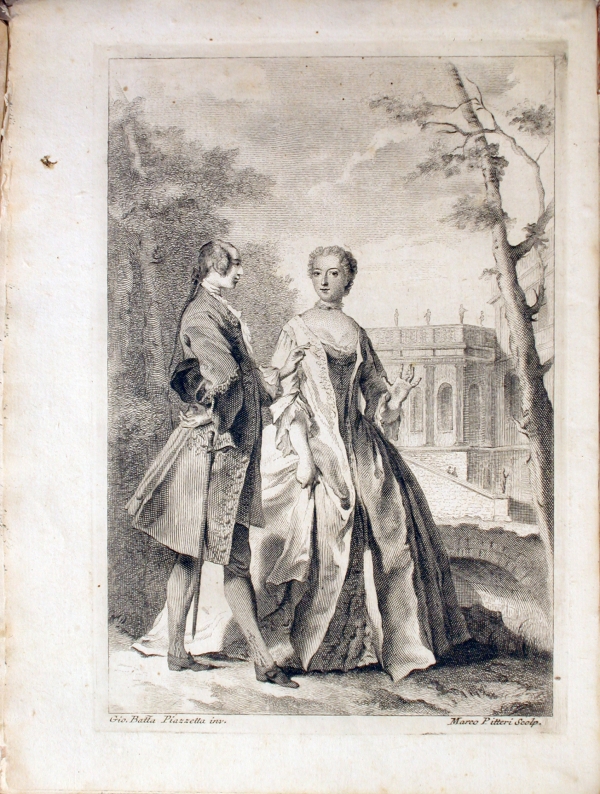 This is exciting: I've brought Voltaire and Émilie's correspondence to 1738, the year when our opera is set! Here Émilie is writing to physicist and poet Francesco Algarotti: the frontispiece of his book Newtonianism for Ladies shows them together.

You’re no doubt aware that Monsieur de Maupertuis is back: the accuracy and the beauty of his calculations surpass everything that he himself could have hoped for … The reward for so much accuracy and endeavour is persecution. The old Academy has risen up against him and Monsieur de Cassini and the Jesuits—who as you know reckoned the earth to be flatter in China—are united: they have persuaded the idiots around them that Monsieur de Maupertuis has no idea what he’s talking about, and half or perhaps three-quarters of Paris believe them.

He’s had to struggle against a thousand difficulties to get his account of the voyage and his calculations printed and I’m not sure that he’ll manage it. The payments for his royal commission [to travel beyond the Arctic circle and measure an arc of meridian to prove that the Earth is flatter at the poles] are so paltry that Monsieur de Maupertuis has refused to accept his and has shared it amongst his companions. In short, no one in France wants Monsieur Newton to be proved right.

Nonetheless, by his calculations, Monsieur de Maupertuis has positively concluded and geometrically proven that the Earth is as flat as its inhabitants.

I'm also able to let you hear Julie Lea Goodwin perform an aria from the opera at the Qudos Bank Arena in June: here