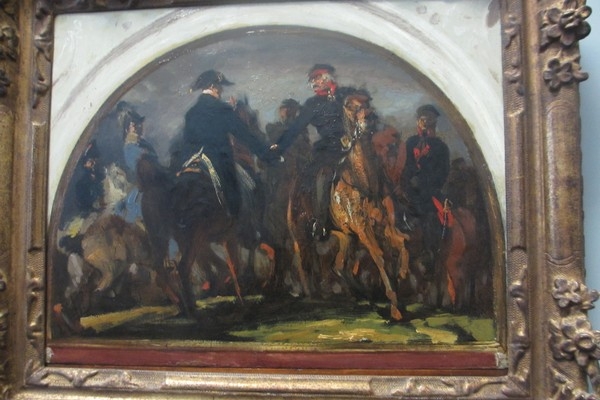 Speaking further of General Blücher, who appears in my novel The Chase, we happened upon this painting by Adolph Menzel in the Alte National Galerie in Berlin today. Menzel excelled in many styles, not least the depiction of major political and military events. I did not previously know his work and had never seen this picture of Waterloo. It shows Wellington and Blücher meeting at Belle Alliance after it was taken from Napoleon and the battle was over.