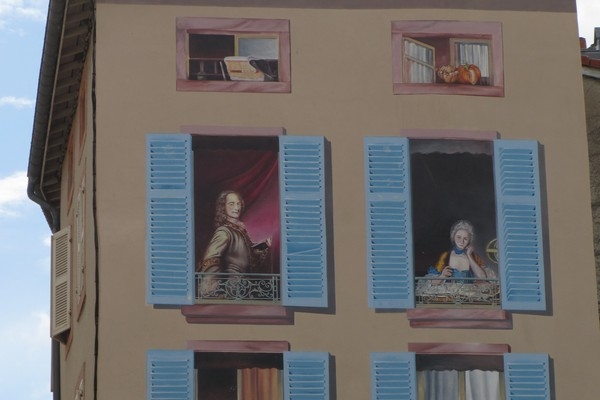 In the middle of the 18th century in France, thinkers, writers and natural philosophers like Émilie du Châtelet and Voltaire proposed the development of a tolerant and egalitarian society based on freedom of speech and belief, and true justice for all. An enthusiastic amateur painted this mural at some stage on a building in full view of the local administration of Lunéville, near the palace of the Dukes of the Lorraine, where Voltaire and Émilie spent a great deal of time as guests of King Stanislas of Poland. My kind of graffiti—and it has lasted in pride of place! The château currently houses an exhibition, ‘Château of the Enlightenment’. France, cradle of freedom, how tragic that in our time so many of your sons and daughters are losing their lives to hate-filled murderers.