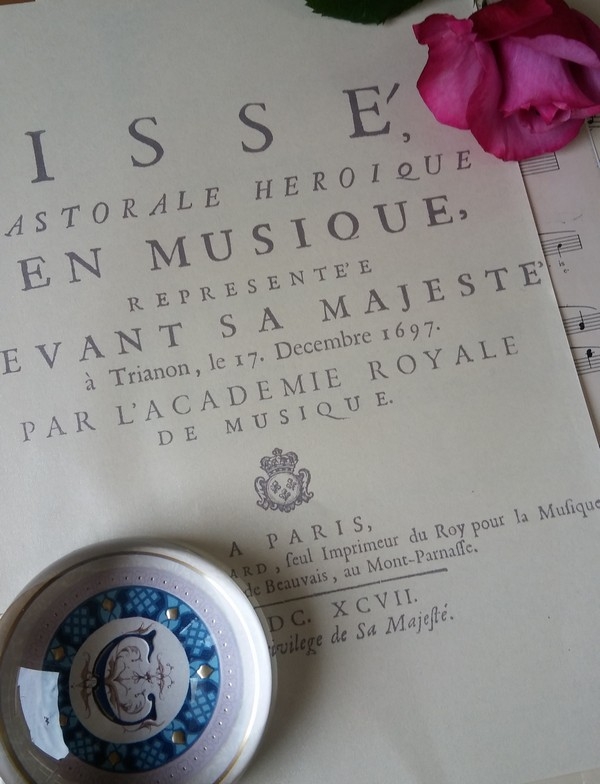 Émilie du Châtelet’s favourite opera composer was Destouches, and Émilie loved to play and sing his Issé at the harpsichord. She often gave the whole opera for guests. It’s unlikely that she would have felt like singing, however, had she seen this letter written by Voltaire while she waited for him to return to France. It sounds as though Holland suits him much better than Cirey.

The Crown Prince has commanded Count Borck, ambassador for the King of Prussia in England, to offer me his house in London, should I wish to go there, as rumour has it at present; however I’m being treated here very much better than I deserve. The bookseller Ledet, who has earned a little by publishing my feeble works, and who is now bringing out a magnificent edition, shows his gratitude to me in much greater measure than Paris shows its ingratitude. He insists that I stay with him when I go to Amsterdam to see how Newtonian philosophy is faring. He has chosen to place the head of your friend Voltaire on his masthead. Due modesty prevents me from telling you in all sincerity what boundless consideration I’m shown in this country.

I don’t know what impertinent rag, wretched echo of the wretched news penned in Paris, took upon itself to say that I’ve fled abroad so I can publish without licence. I’ve denied this fabrication in the Gazette d’Amsterdam by disowning everything of the sort that’s been printed in my name, whether in France or abroad. I acknowledge as mine only works that have received a royal licence or official authorisation. I’ll confound my enemies by giving them no hold on me, and I’ll have the consolation that whoever wants to harm me will have to lie outright …

In the breaks allowed from philosophy I’ve been correcting all the poems I’ve written from ‘Oedipus’ to ‘The Temple of Friendship’. There will be several addressed to you: over these I’ll take greater care.