From Émilie to Maupertuis, summer, 1735 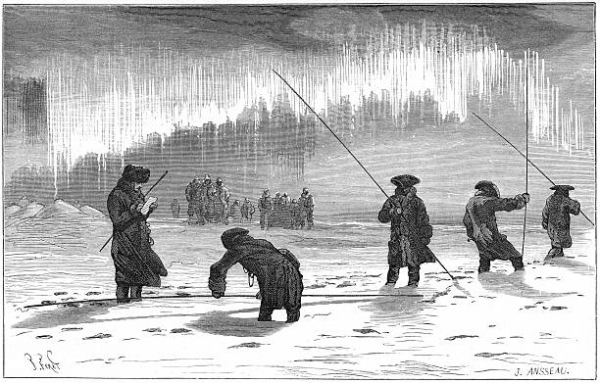 I didn’t receive the first letter you speak of but that doesn’t make me any less guilty for not having replied earlier to your last, or rather for not having expected it. But I wasn’t fit to write to you: I spend my life with masons, carpenters, wool carders and sculptors in stone; I can’t think any more. I’m no better fitted to write to you today, but I can’t resist doing so. I have to say how much I miss you in my solitude, and how little I regret the rest of Paris. If I weren’t here, I’d wish to be at Mont-Valérien … But you, you’re about to take a leap from Mont-Valérien to the North Pole; you’re deserting the Great Bear for Ursa Minor. You only love me when you can’t see me.

Here [at Cirey] Voltaire admires you more than ever and deserves to be your friend. If I could get you both together, I’d consider myself much luckier than Queen Christina: she left her kingdom [Sweden] to run after so-called learned men, while it’s in my own realm that I shall gather the kind of men she would have sought much further away than Rome. You know it’s only the first concession that mars our sense of self-importance: since I’ve dared to write to you from amongst my stone masons, you can count on my being punctilious from now on. Don’t punish me for being shy at first: send me your news—and believe me, neither Madame de Lauraguais, nor Madame de Saint-Pierre, nor all the duchesses in the world could possibly feel a more tender friendship for you than Madame de Cirey.

The image shows Maupertuis and his geometers/surveyors measuring an arc of meridian in the ice and snow of a river in Lapland: this is his expedition of 1736, to which Émilie refers, to prove Isaac Newton's theory that the Earth is relatively flatter at the poles.