From Voltaire to Nicolas-Claude Thiériot, 11 September 1735 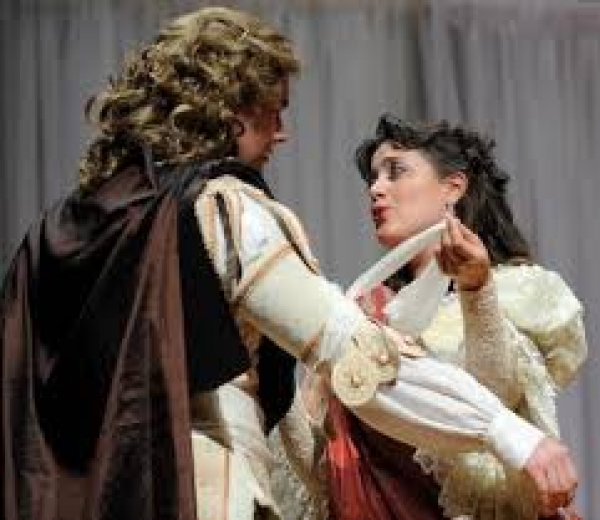 These weekly letters, alternately by Voltaire and Émilie du Châtelet, are chronological, otherwise I'd love to include here something beautiful by Voltaire on Notre-Dame, that beloved cathedral ravaged by fire just two days ago. However, as I recall, in his Temple du Goût, he preferred Baroque to Gothic architecture and considered Notre-Dame overdecorated. I'm sure he would have been devastated, however, by the catastrophe. It is heartening to hear President Macron's promise that the cathedral will be rebuilt.

I’m waiting for the delivery [of books and periodicals from Paris] without impatience, since I’m here with Émilie and The Century of Louis XIV, of which I’ve already done thirty years. There’s nothing in that century as admirable as she. She reads Virgil, Pope and algebra as one reads a novel. I can’t get over the ease with which she reads Pope’s essays ‘On Man’; it’s a work that sometimes presents problems for English readers.

If I weren’t by her side I’d be at yours, my dear friend. It’s ridiculous that we can be so happy while so far from each other. I’m truly delighted that Pollion la Popelinière thinks of me with some approval: ‘It’s to readers like him that I offer my writing.’ [A quote from the poet Boileau.] …

They say that Rameau’s opera would do well in the Indies. I think the profusion of his double crotchets might be putting off the Lully supporters. But in the end Rameau’s taste must become the dominant taste of our nation, as we become more knowledgeable over time. Ears are formed little by little. Two or three generations will alter the organs of a nation. Lully gave us a sense of hearing that we did not possess before. But men like Rameau will perfect it. You can tell me what you think about this, one hundred and fifty years from now.

My respectful compliments to your brothers and your sister. Adieu, I’ve a hundred letters to write. V.

Voltaire refers wittily here to Rameau’s opera-ballet Les Indes Galantes (pictured) which is still performed today—more than confirming his judgment of its longevity.