From Émilie to Maupertuis, April 1734 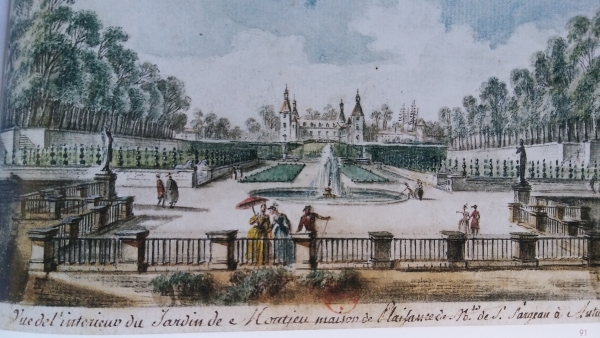 I’d like you to give me some lessons here [Château de Montjeu, Burgundy, pictured], but since you’re remaining in Paris I’ll hurry my return and get there at the end of June at the latest. I flatter myself that I’ll then prove somewhat less unworthy of your tutoring.

I’m not aiming to do well in geometry for my own sake; I’m more motivated by my pride in your reputation. It doesn’t seem right for anyone who has you as a teacher to make such mediocre progress, and I can’t tell you how much it shames me.

I’m here in the most beautiful place in the world, with the most wonderful people: all that’s missing is the pleasure of seeing and listening to you. When I told Voltaire I was writing to you, he asked me to tell you a thousand things on his account—he’s worried, quite rightly, about the fate of his Philosophical Letters [a new, controversial book]. He’s immensely flattered that his enemies believe you contributed to his essays on Newton, and if it weren’t for the fear that he’ll be arrested for writing them, I think your approbation would make up for everything else.