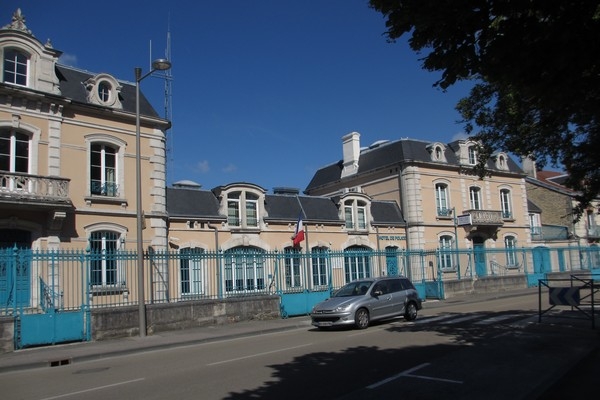 I have a delightful piece of news: Murder at Cirey, the first Victor Constant Mystery, and Death in Champagne are being launched into the world by an enthusiastic, energetic and very articulate literary agent based in Edinburgh. I've just sent her a gallery of pictures to show why I love writing about the valley of the Upper Marne in France. This is a photograph of Victor's barracks--that is, the Gendarmerie at Chaumont. Until I met Victor I'd never have thought to describe a military police headquarters as 'handsome' but I think this one fits the bill. It's wonderful to know that Death in Champagne and the rest of the series are in the best of hands.

I don't describe Victor's barracks in Death in Champagne in detail, however. I suspect the buildings above are 19th-century. Must write and find out!