From Voltaire to Cideville, August 1735 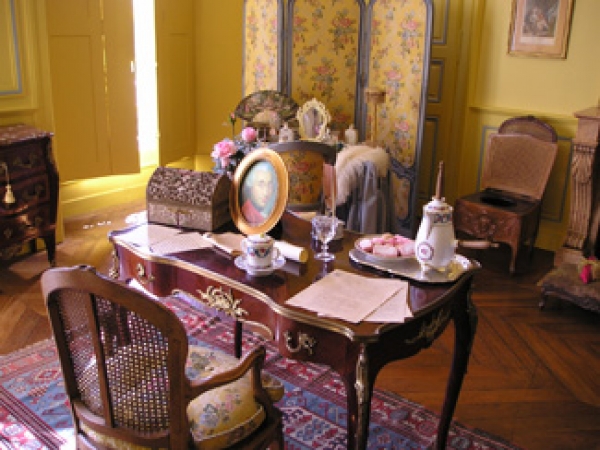 My dear Cideville, the sublime Émilie has heard and approved your delightful work [a pastoral poem] and she considers that the poet who can put such tenderness in the mouths of his untutored lovers must have a very knowledgeable heart.

Monsieur Linant [a young tutor hired by Voltaire for Émilie’s son] and I are living in her château. It falls to her to teach Latin to the preceptor, who will then pass on to the son what he has just received from the mother. From her, both of us will learn how to think. We should take advantage of such a happy time … To be worthy of her, one must be universal. For my part, I am at present her stone mason.

My hand, by turn in days of yore,
Though rather shaky, raised with pleasure
The flute of love in lightest measure
Or else the trumpet sound of war …
These days I’ve roundels to be made:
Pilasters, capitals I hone
From our rough unfashioned stone,
Wielding the chisel’s tempered blade …
Apollo built the majesty
Of Ilion for kings, but here
I’m happier in this wondrous sphere
As stone mason to Émilie.
Apollo, banished from Olympian
Heaven, regrets the azure space.
What could I miss in this fair place?
I’m the one in bliss empyrean.

I pity you, my friend, for not being here. How unfortunate you are, having to judge trials! Why don’t you leave all that behind to come and pay court to Émilie? Adieu my friend, I have to go off and lay a few planks, then hear some charming things said, and gain more from her conversation than I would from any books.

I’ve started work on the century of Louis XIV. I’ve no idea what to call it. It’s not a history at all, it’s the portrait of an admirable century. Vale, ama, scribe [Farewell, love, write].

Nota that the divine Émilie sends you a thousand compliments, and she’ll write to you if the stone masons don’t prevent her from doing so.