Émilie to the Comte d’Argental, February 1737 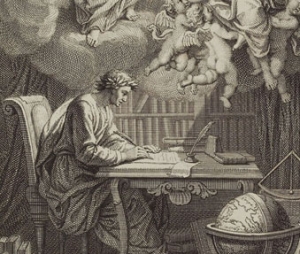 Monsieur du Châtelet [her husband, the marquis] is pestering me to accompany him to the Lorraine for the princess’s wedding, but I don’t want to have anything to do with it: I’d be miserable at court [at Lunéville] and at a wedding. I can only live in the place where I last saw our friend. They claim in the Gazette d’Utrecht that Monsieur de Voltaire has taken advantage of the weather to go to Prussia. Alas! It might have been quite enough if he’d gone to Lunéville! However, as you say, I must forget about the past and think about snatching what peace I can from present misfortune. Adieu. You are my consolation; when will you be my saviour?

As you may know, when he left he planned to be away two months before his return—simply because he needed that amount of time. Therefore, you can’t say too much to persuade him otherwise; if he got it into his head to have the Philosophy printed, there’d be no end to it—I’d be dead before that.

On the day he passed through Brussels, they put on Alzire [a play that was a hit for the Comédie Française]. His crown of laurels follows him everywhere. But what will glory do for him? He’d be much better off happy and unremarked.

Vale et me ama et ignosce.
[Farewell: love me and forget me.] 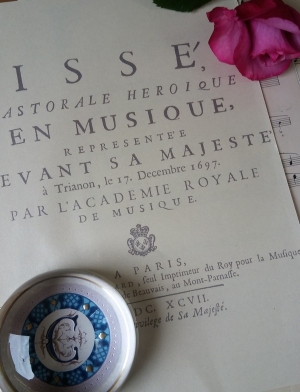 Émilie du Châtelet’s favourite opera composer was Destouches, and Émilie loved to play and sing his Issé at the harpsichord. She often gave the whole opera for guests. It’s unlikely that she would have felt like singing, however, had she seen this letter written by Voltaire while she waited for him to return to France. It sounds as though Holland suits him much better than Cirey.

The Crown Prince has commanded Count Borck, ambassador for the King of Prussia in England, to offer me his house in London, should I wish to go there, as rumour has it at present; however I’m being treated here very much better than I deserve. The bookseller Ledet, who has earned a little by publishing my feeble works, and who is now bringing out a magnificent edition, shows his gratitude to me in much greater measure than Paris shows its ingratitude. He insists that I stay with him when I go to Amsterdam to see how Newtonian philosophy is faring. He has chosen to place the head of your friend Voltaire on his masthead. Due modesty prevents me from telling you in all sincerity what boundless consideration I’m shown in this country.

I don’t know what impertinent rag, wretched echo of the wretched news penned in Paris, took upon itself to say that I’ve fled abroad so I can publish without licence. I’ve denied this fabrication in the Gazette d’Amsterdam by disowning everything of the sort that’s been printed in my name, whether in France or abroad. I acknowledge as mine only works that have received a royal licence or official authorisation. I’ll confound my enemies by giving them no hold on me, and I’ll have the consolation that whoever wants to harm me will have to lie outright …

In the breaks allowed from philosophy I’ve been correcting all the poems I’ve written from ‘Oedipus’ to ‘The Temple of Friendship’. There will be several addressed to you: over these I’ll take greater care.

From Émilie to the Comte d’Argental, February 1737 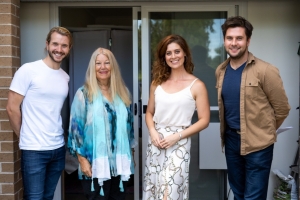 On the day when we first recorded the soundtrack of the concept film, Émilie & Voltaire: left to right, Nicholas Gentile, moi, Julie Lea Goodwin, Robert McDougall.

Poor Émilie, she wasn't smiling when she wrote to their friend d'Argental in February 1737!

'I’ve received his letter written on the 10th. He drank some milk that made him ill; he wasn’t well when he wrote. He tells me it’s all over the press in Holland that: ‘The Dutch ambassador in Paris reckoned there was an order out to arrest Voltaire wherever he might be’; that he’s been in the news there for a month; and everyone wants to see him. He’s gone to Amsterdam: he’s in despair about all the above, and he’s right to be so. But he’s still determined to have his Philosophy printed in Holland: he says everyone will then know exactly where he is, if they don’t already; and at least it will be seen why he’s gone there, which can only be for the best. Here’s his address: write to Messieurs Ferrand and d’Arty, merchants, Amsterdam, and no other name: it’s a secure address.

'In the name of friendship, exhort him to issue the Philosophy in Paris first, and to cut out the chapter on Metaphysics. If he wants to have it printed in Holland, he must at least send the manuscript to Paris at the same time—then he won’t look as though he’s trying to bypass the Censor …

'A last thought … let alone France, I’m not even sure that he’s safe in Holland! I don’t know whether you have any reassurances for me on that point—you’ll think I’m mad, and I shortly will be. I’m like a miser whose whole fortune has been snatched away, terrified that at any moment it’ll be tossed into the sea.'