From Émilie to the Duc de Richelieu, April 1735 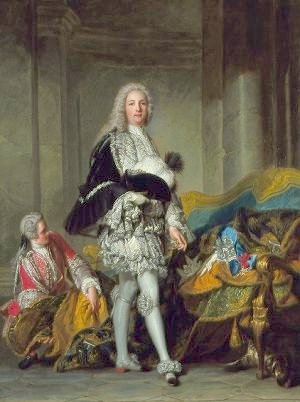 I prefer romantic gossip to intellectual and so, since you give me free rein, I imagine my letters will end up in-folio. Yours came at just the right moment; I was going to write to you, to get in first, and let you know exactly what you’re like: you’re nice to people for a week, you flirt with the idea of being friends—but on my side, since I take friendship the most seriously of all things in my life, I worried about your silence and it hurt. I said to myself, one is supposed to love one’s friends with all their faults. Monsieur de Richelieu is flighty and fickle—I’ll have to love him as he is. At heart I was conscious that I was by no means satisfied with this bargain … I still grieved over renouncing the beautiful chimera of having you as a friend. You, whom everyone else thinks made for flirtation, you, whom I would never have taken it into my head to love—but whose friendship I can no longer do without …

I leave [for Cirey] in four days, so I’m writing to you from the muddle of my departure. My thoughts are heavy but my heart is awash with joy. I hope this decision will persuade Voltaire that I love him, which puts everything else out of my mind. All I can see before me is the supreme happiness of wiping away his fears and spending my life with him. You’re mistaken … there’s a great difference between jealousy and the fear of not being loved enough. You can defend yourself against the first as long as there’s no foundation for it, but you can’t help being pricked and wounded by the second. The first is a troublesome feeling, while the second is an insidious anxiety, and there are fewer weapons and remedies to counter it—except mine, which is to go and be happy at Cirey. Behold, in all earnestness, the metaphysics of love: now you see where excess of passion leads me. 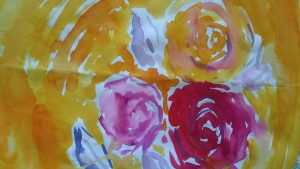 VOLTAIRE ON TRENDINESS IN THE ARTS AND SCIENCES--there shouldn't be any!

Truly my dear friend I haven’t thanked you enough for the lovely group of poems that you sent me. I’ve just reread it with fresh pleasure. How I love the naivety of the pictures you paint! How happy and rich your imagination is! And what gives such inexpressible charm to it all is that everything comes from the heart. You’re always inspired by either love or friendship …

I lead a dissipated life in Paris and all poetic ideas have fled. Business and duties crush my imagination. I should pay you a visit in Rouen to revive me. Verse is no longer fashionable in Paris. Everyone’s started playing geometers or physicists. People are toying with reason. Sentiment, imagination and the graceful arts are banished. Any man who’d lived under Louis XIV and happened upon today’s society would not recognise the French: he’d think the Germans had taken over the country. Everywhere you look, literature is in decline. It’s not that I mind natural philosophy being cultivated, but I wouldn’t like it to become so tyrannical as to exclude all the rest. In France, it’s simply a fashion that’s replaced preceding ones and will be superseded in its turn. But no art, no science, should ever be in fashion. They must all go hand in hand, and be cultivated all the time. I’ve no desire to pay homage to fashion; I want to be able to go from a physics experiment to an opera or a play, and never allow my taste to be blunted by study. Your taste, my dear Cideville, will always underpin mine, but we ought to see each other; I need to spend a few months with you, but destiny separates us just when everything ought to bring us together … Vale. V. 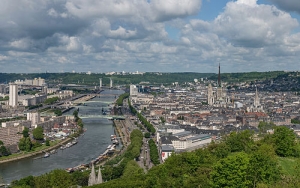 From Voltaire to the Comte d'Argental, December 1734 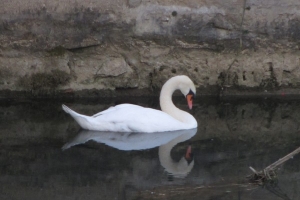 I’ve been leading a somewhat wandering life, my adorable friend, for more than a month; that’s what’s prevented me from writing to you. I think I’m finally about to enjoy the peace that your negotiations and good efforts have brought me. At last Madame de Richelieu is about to be given an audience. She won’t leave your Chancellor alone until peace has been granted, and I hope that at last this outrageous persecution over an innocent book will cease. As for me, I don’t mind telling you I’ll have to be pretty philosophical to forget the disgraceful manner in which I’ve been treated in my own country. Only friends such as yourself, and those others who’ve served me so well, could persuade me to stay in France.

If I don’t return soon, would you like me to send you a rather distinctive tragedy [Alzire, ou les Américains] that I’ve completed in my solitude? It’s a very Christian play that may well do me some favours with the devout; I’ll be delighted with that, as long as it doesn’t put off the audience in the stalls. It’s an entirely new world [the Peru of the conquistadors] with entirely new morals. I’m positive it would go down a treat in Panama or Fernambouc [in Brazil]. God grant that it’s not hissed at in Paris …

Is it true that they’re talking about leaving me in peace? I beg you to let me know what people are saying. There’ll hardly be an individual who doesn’t take an interest—like an ass that carries a double load in wartime.

Adieu, I love you as you deserved to be loved

The solitary swan is floating on the River Marne at Joinville, not far from Cirey. Voltaire was in fact hiding at Cirey when he wrote this letter.