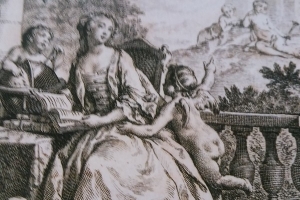 At last, monsieur, you’ve recalled my existence. I now have your letter from Basel, just when I’d given up hope of ever receiving another. I was ready to start hating geometry, which would have been no great loss to it but very unjust to you.

I’m here [at Cirey] in profound solitude [actually Voltaire was hiding there too], which suits me quite well; I divide my time between stone masons and John Locke—because, like any other woman, I want to get to the bottom of everything.

I wouldn’t have written to you about Voltaire this time, but you ask, so I must give you an answer. His affairs are in better shape at the moment than his health, which is the one thing that could prevent his going to Basel. However, the season is unfavourable for a hypochondriac. I’ve let him know that he ought to take my advice and travel to Paris with you when you go back. Please note that I want us all to be together there for midnight mass on Christmas Eve. By that time at least, his affairs should all be resolved.

Rameau was gallant enough to invite me to a rehearsal of Samson [libretto by Voltaire]. I realise I owe the invitation to you and truly my gratitude is in proportion to the pleasure the opera gave me, which is saying a lot. I particularly admired the overture, a chaconne, several violin passages, and the third and fifth act. If Voltaire is allowed to rejoin us this winter, he’ll give us an opera and a tragedy. He tells me he’s revised the opera and made Delilah a fine, upstanding character, despite the way she’s portrayed in Holy Scripture. 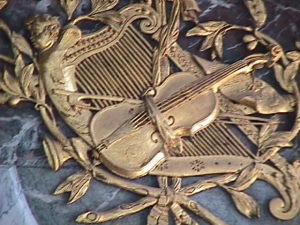 Madame du Châtelet arrived [on a visit to Cirey] from Paris yesterday evening. She came at the very moment when I received a letter from her saying she would not arrive so soon. She is surrounded by two hundred bundles that turned up on the same day as herself. We have beds with no curtains, bedrooms with no windows, Chinese cabinets but no armchairs, charming phaetons and not a horse fit to pull them. In the midst of this disorder, Madame du Châtelet laughs and is charming. She came in a sort of tipcart for two; she’d had no sleep but was quite well. She asks me to send you a thousand compliments on her behalf. We’re about to patch old tapestries back together. We’re looking for curtains, we’re having doors made—all so we can have you to visit. I swear, joking apart, that you’ll be well looked after here. Farewell, madame, I am very tenderly and respectfully attached to you for life. 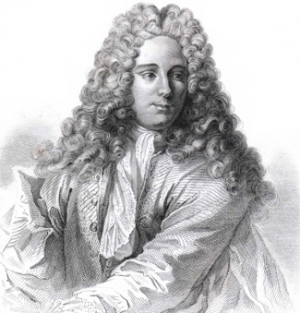 I’ve sent your letter on to our unhappy Voltaire; if it reaches him, I know it will give him the greatest pleasure, because I know his esteem and friendship for you. I’ve no idea what’s happening to him; I’ve had no news since he left us. I hope he’s decided to make for Basel or Geneva … I’m told his book has been denounced by Parlement. This is a plot to destroy him, but his friends are the ones I feel painfully sorry for, because it will divide him from them for ever. As for him, he could make his home in any country, and I confess that however much I hate the idea, I’d a hundred times sooner he were in Switzerland than in Auxonne [in prison].

I’ve sent Voltaire’s address to La Condamine and asked him to give it to you; I beg you to write and tell Voltaire anything you may find out. He assures me it’s a safe address, and wherever he is in reality, letters are sure to reach him. Please don’t reveal it to anyone.

I’m convinced he’d profit from any words of wisdom you may send, if he should get the chance to act on them—but it looks as though his fate will be sad for his friends and shameful to his enemies. When it’s too late, they’ll be sorry.

The portrait is of Pierre-Louis Moreau de Maupertuis, former mathematics tutor of both Voltaire and Émilie.

From Voltaire to René Hérault, May 1734 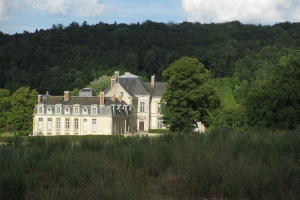 I’m surprised and pained, monsieur, that the yapping of my worthless enemies has imposed on a man as enlightened as yourself. Ought you to listen to the pious and idiotic clamouring of the superstitious imbeciles infected by Jansenism, who claim that by mocking the convulsions of the Quakers one is attacking God and the state? It is not for police prosecutors that I write: I write for men of intellect and education. Pay no heed, monsieur, to the idiotic crowd who sunt sicut equus et mulus quibus non est intellectus [are like horses and donkeys, incapable of understanding]: they grumble for a week without knowing why and then fall into total silence over things beyond their comprehension. Be so kind as consult such men as the following about my book [Philosophical Letters]: M. de Maupertuis, M. de Mairan, M. Boindin, M. de Fontenelle, M. du Fay, M. de Condamine. These are men who think, and whose sentiments gradually become those of the public, because in the long run the vulgar are always and in everything guided by a small number of superior minds, in both literature and politics.

My book has been translated into English and German, and has more admirers in Europe than worthless critics in France … I may have to seek in foreign countries the rest and consideration that I’m owed, at the very least, in my homeland. If so, I shall live where necessary in honour and without complaint. I shall miss only a few friends, and I shall never forget your goodness. I beg you to distinguish me, monsieur, from the crowd who are importuning you as a magistrate, and remember only, as I do, what a superior mind like yours owes to humanity. My gratitude will equal my attachment to you, and the tender and respectful zeal with which, as you know, I shall always be your very humble and obedient servant. Voltaire.

The image shows Cirey in the Haute Marne, where Voltaire was in hiding from the police at the time.