Voltaire to the Crown Prince of Prussia, 1 September 1736 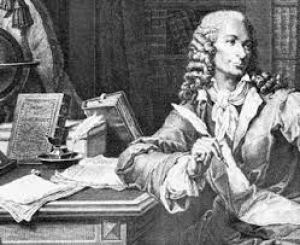 Monseigneur, I would needs be insensible not to be infinitely touched by the letter with which Your Royal Highness has deigned to honour me. It has greatly flattered my sense of pride; but my love for mankind, which has always ruled my heart and which has also—dare I say it—formed my character, affords me a pleasure that is a thousand times purer when I realise that there exists in the world a prince who thinks like a man: a philosopher prince who will make man happier.

Allow me to tell you that there is not a being on earth who will not derive blessed benefits from the care that you take to cultivate sound philosophy in a soul born to command. Believe me, the only truly good kings have been those who, like you, began by acquiring knowledge, by getting to know mankind, by loving the truth and by detesting persecution and superstition. No prince who thinks like this can fail to create a golden age in his realm. Why do so few kings seek such advantages? You have sensed the reason, monseigneur, which is that almost all concern themselves more with royalty than with humanity—whilst you do precisely the contrary.

Be assured that, provided tumultuous affairs of state and human wickedness do not alter such a divine character, you will be adored by your peoples and treasured by the entire world. Philosophers worthy of the name will hasten to your domains and, just as famous artists flock to countries where their art is most appreciated, thinkers will come to gather around your throne …

From Émilie to Maupertuis, August 1736 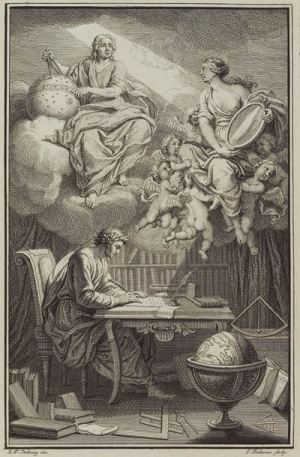 Can it be that I must still write to you at the Pole? … They say in the newspapers that you risked being eaten alive by mosquitoes: I’m very happy to learn they treated you with respect (possibly you owed this to the protection of Monsieur de Réamur), because it doesn’t look as though they valued you as highly as the Lapp women do …

We’ve become absolute natural philosophers. The companion of my solitude has written an ‘Introduction’ to his Elements of Newton, which he has addressed to me—I’m sending you the frontispiece. I trust you’ll find the verses worthy of the philosopher they celebrate, and of the poet who wrote them. If you’d been amongst us, we would have asked your advice. For a long time you’ve been wanting to make a natural philosopher out of the first of our poets, and you’ve succeeded: your advice has greatly influenced his determination to follow his bent towards scientific knowledge. As for me, you have some idea of what I’m able to perform in physics and mathematics. I benefit from a big advantage over the greatest philosophers, because I’ve been taught by you

While you’re changing the shape of the Earth, please leave Cirey just as it is and above all remember how much we love you here.

From Voltaire to Mademoiselle Quinault [of the Comédie Française], 24 August 1736

Ah, my God, delightful Thalia, you only needed to say and I couldn’t be happier—you want four lines of verse for the ending, and quick, quick, here they are.

No, they’re not here. You’ll find them at the end of my letter.

Far from perfect, I know, but still, you haven’t had to wait long for them; and then, delightful Thalia, you’re allowed to throw them in the fire …

Actually I have some hopes of this piece by Gresset. When with your artistry you spread a few comic touches over this cold Gresset, it will be greatly to his benefit. Given your touch, Gresset may succeed, but if he fails I give Gresset up completely and it will be all Gresset’s fault.

But when you do me the honour of writing to me, you never tell me we’ve played such and such a piece, or that our theatre is doing well. You tell me nothing about the republic of drama; do you consider me as a limb severed from the body?

While I’ve been writing to you, beautiful Thalia, and thinking that it’s you whom I address, I have to admit that the verses I just thought up at your request are not worth the devil. So here’s my second version:

Oh, well said—in the end I’ll make him mine,
My president; I’ll bring him into line
For you. Come on, you pedant, get us wed:
Just get me married and we’ll shake the bed.

The above might be a bit limp but you be the judge; you’re the expert on what makes people laugh. I have no idea myself and don’t consider myself in the least funny …

Thalia, Thalia, if I were in Paris I’d work for you alone. You’d turn me into an amphibious animal, comic for six months of the year and tragic the other six. The trouble is, the world contains a devil called Newton who has discovered exactly how much the sun weighs and defined the colours of the rays that constitute light. This strange man has my head in a whirl; please write to me and bring me back to the muses.

I’m tenderly devoted to you for ever; don’t forget me …

I’m at your feet.

The painting by Nattier depicts Thalia, the muse of drama.